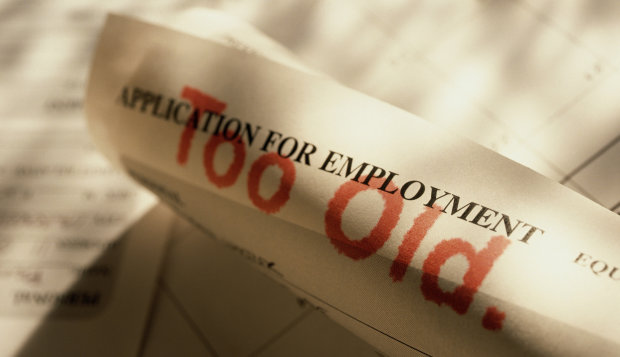 If like me you tuned in to Mary Beard’s BBC Radio 4 documentary ‘Glad to Be Grey’, you’ll have heard Mary’s conclusion that ageism is the new ‘glass ceiling’.

That got me thinking - I’ve been working for around 35 years and there’s no doubt that things have changed dramatically in that time for women at work.  Looking back on my early career,  the glass ceiling was definitely a ‘thing’, and while it was much talked about, it wasn’t a barrier  I’d personally butted my head against, feeling more focused on planning and managing my own life and career without any assumptions of what might get in the way.  There’s been a huge cultural shift too, and what is deemed as acceptable behaviour at work has changed many of the characteristics of  office life that were prevalent 30 years ago.  Things have changed to such a degree that while casual sexism is definitely on my daughter and her friends’ radar, the glass ceiling is not something that crosses their minds.

So while there are now many more women in senior management positions, why do they feel that ageism is the thing that will halt their careers and is that feeling really any different for men?  Mary made an interesting point that ageing successfully seems to have become synonymous with ageing without appearing to do so, and I heard  an expression recently -  ‘middleagelessness’ - which seems to sum this up perfectly.  Journalist Fiona Bruce is often quoted as saying she will have to continue dyeing her hair while she reads the news, and finds it frustrating that men don’t feel the same pressure. Is it really as simple as men finding  ‘agelessness’ easier to pull off than women or is the rarified world of the media one where we like our men authoritative and our women decorative?

Mary also talked about the degree of ageism that exists depending on your career choice.  For example she said that her grey hair didn’t matter a jot in her academic circles, and only became a talking point when she started to work in the media.   Is the world of work a ‘young person’s game?’ As well as being Founder of White Hot, I am also the owner and MD of a creative agency, working with retailers. When I decided to buy the company 7 years ago, I was met with surprise by some of the bankers and lawyers who thought it would be much more sensible for me to go for a quiet lie down somewhere than to embark  on a demanding new phase of my career.  Was it because I was a woman or was it just because I was ‘old’?   Now, while I am often the oldest person in the room in meetings with my clients, I can’t say I’ve experienced any ageism although I’m perpetually wincing at casual references to ‘grey haired grannies’ or the gloomy descriptions of the ‘customer segments’ I fall into.

There’s no doubt that ageing at work is not for the uber sensitive but in my view, the key is not to take it too seriously.  Let’s get it into perspective.   Less than a hundred years ago women didn’t have any rights over their own children.  My  91 year old aunt tells  me of going to an interview for a job and meeting her prospective new boss at The Athenaeum hotel in London and having to go in through the ‘Women’s Entrance’  and fifty years ago women were still expected to retire as soon as they married.

So, it seems to me that we need to stop being hung up about the possibility of our age getting in the way of our success and focus on bringing our wisdom, experience and talent to work with as much energy as we can muster.