Is ageism the new glass ceiling? 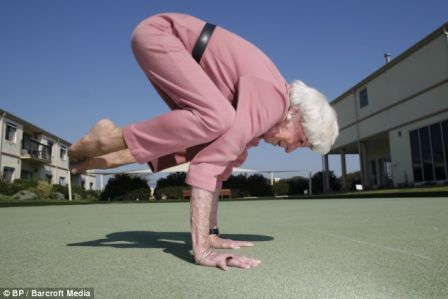 We recently tuned in to Mary Beard’s BBC Radio 4 documentary ‘Glad to Be Grey’ which investigated society's pressures for women to conceal their age, including the 'issue' with grey hair.

During the programme it came to light that the proportion of women that colour their hair to conceal their grey has gone from 7% in the 1950s to a huge 75% today. That’s a considerable increase of women who are now covering up their grey in an effort to try and turn back the clock.

You only have to switch on the news or open a magazine to see that the majority of 50+ women in the media aren’t showing any signs of ageing or greying. For example, you won’t see many female grey-haired news reporters or TV presenters but there are plenty of highly-regarded men with grey or white hair in the public eye. For an interview with Mary Beard, Kirsty Wark from Newsnight turned grey overnight - with the help of a grey wig - and the reaction she received was quite negative, with people comparing her to Andy Warhol or “channelling Boris, or competing with Donald Trump” (although we have to say the wig she chose was ridiculously unflattering).

So, why is it that some women don’t want to be grey? As most women look to the media for a reference point of what is the ‘norm’, more and more women are covering their grey in a bid to conceal their age. It becomes a self-perpetuating cycle which says that having grey hair and being ‘sexy’ ‘cutting-edge’ and ‘authoritative’ are contradictory.

Mary concludes in her documentary that ageism has become the new glass ceiling - women don’t want to be seen as ‘old’ and ‘past it’ so turn to the dye. Societal pressures of staying young and at the top of your game lead to an increased prejudice of older women. This makes us question: does the job we have impact our decision to cover our grey?

White Hot Founder, Jayne Mayled, who has worked in the beauty industry for more than 30 years found that her transition from dyed to grey hair was a hot topic of conversation:  “I’m in my fifties, so it’s perfectly natural that I’ve got grey hair.  But everyone from close friends to business colleagues to complete strangers felt they could comment, and not all of it was positive!”

When we revisit the stat from the 1950s, perhaps we've seen such an increase because women stay in the workplace longer - back then women 'retired' when they got married, so by the time their grey appeared, they were no longer in the workplace. Whereas now there’s a horrendous amount of pressure for women to dye their hair to look more youthful in order to be acknowledged and respected both in their personal and work life. But when we’re all living and working longer, it seems ridiculous that we’re expected to either cling on to the vestiges of youth or give up.

Has your job effected your decision to dye your hair? We'd love to know your thoughts and the reaction you've had to going grey - join our discussion on our Facebook page. If you didn’t catch the programme, you can listen to it here.