Are we anti-ageing or rejuvenating? 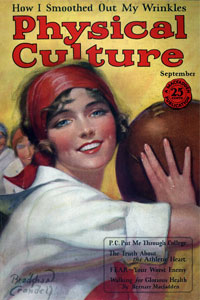 As a brand with the mantra ‘age and experience is a beautiful thing’ we’ve often talked about the pressures on women to cling onto the vestiges or youth and the fact that current society seems to believe that if you don’t take that path then the only other option is to simply crumble and fade away.  As a team we often ponder where this youth-obsessed culture has sprung from, so when the beauty brand No7 recently hosted a talk by Dr. James Stark about anti-ageing in the 20th century we were fascinated to find out what his take on it might be.

In his research Dr. Stark explores the particular links between biomedical and sociocultural approaches to ageing, vitality and beauty and one of the key questions he considers is whether we should accept that we’re naturally going to grow older or should we look for ways to intervene.  It seems that the issues surrounding ageing are not new ones, they’ve been talked about for hundreds, if not thousands of years.  In the days of the patriarchs such as Methuselah and Noah, who were celebrated for supposedly living to 900 years, their ripe old age was associated with high moral standards.  So in this context a long life and old age were good things.

But by the 1600s, the physical vestiges of age were being investigated by philosopher and scientist Francis Bacon, who studied the effects of old age, including skin and the appearance of wrinkles. In his book ‘The History of Life and Death’ he noted and surmised (and we are paraphrasing here) that old people are cold and dry whereas the young are full of natural warmth and moisture. And so it began...

Dr. Stark went onto say that since the 1800s scientists have actively been looking for ways to halt or slow the ageing process, with four main approaches:  electrical, hormonal, physical and skincare.

Physical culture (what we’d call exercise) came first, emanating from Germany in the 1840s. Bernarr McFadden founded Physical Culture magazine which advocated maintaining health and vitality and a high moral standing as ways to restore youth.  His successors went on to also recommend a healthy diet and the ‘miracle’ of fasting.  All pretty normal stuff that is still advocated today to help achieve a long and healthy life.

But from the 1880’s onwards a variety of treatments were introduced that sought to rejuvenate men (not women, mind) and bring back their youthful vigour.  There was a lot of pretty extreme and misguided treatments available for those that could afford it, including inserting tissue from monkey’s testicles to top up testosterone levels and partial vasectomies (fact!) as well as various electrical therapies.  Although only available to the most privileged these electrical and hormonal treatments spawned what we might call the first commercial anti-ageing products, for example Juvigold, a ‘ductless gland tonic’ or the Overbecks Rejuvenator, an over-sized battery with a plethora of attachments which claimed to ward off a whole host of symptoms of ageing, from grey hair (make a link) to loss of eyesight.

Finally, there is skincare. Today, there are literally thousands of skincare lines making anti-ageing claims.  It seems this all stems from the early 20th century; in 1906 French journalist and author Jean Finot advocated an interventionist approach to ‘the humiliations of premature old age’.  But this became much more of an issue after the First World War, when millions of women were widowed and there was an inherent pressure for these women to remain looking attractive and youthful in order to maintain their position in society. This is personified in an advert from the 1920s, the strapline for which was “To keep age a secret is a woman’s prerogative but will your face betray you?’

So, when we wonder why men are celebrated for getting more distinguished with age while women seem to become invisible, it seems the answers are deep-rooted in culture; for more than 100 years men have been ‘rejuvenating’ themselves, while it’s been instilled in women that they need to conceal their true selves.  However, we hope that the changing demographic that heralds our ageing population will start a shift in thinking so that, in time, more and more people will come to recognise age and experience as things to be celebrated, not just the surface aesthetics of the young.